Ah, the age-old question: what is the difference between a law and a regulation? To put it simply, a law is a rule that is created by Congress, while a regulation is a rule that is created by a federal agency. Of course, there are some subtle (and not-so-subtle) differences between the two. For one thing, laws tend to be more general in nature, while regulations are more specific. For example, Congress may pass a law that prohibits discrimination in the workplace, while the Equal Employment Opportunity Commission may issue regulations that detail what types of conduct constitute discrimination. In addition, laws typically require congressional approval before they can go into effect, while regulations only require approval from the agency that issues them. As a result, regulations can often be enacted more quickly than laws. Finally, while laws are binding on everyone in the United States, regulations typically only apply to those who are subject to the jurisdiction of the federal agency that issues them. So there you have it: the difference between a law and a regulation in a nutshell!

Have you ever wondered how laws are made? It’s a complex process that involves plenty of steps – and opportunities for citizens to have their say. It all starts with an idea, which is then proposed as a bill. If the bill passes through its first reading, it’s then debated in committee. Once it passes through the committee, it goes to a second reading. If it passes the second reading, it goes to the floor for debate. If it passes the floor debate, it goes to the next chamber – and the process starts all over again. At each stage, there are opportunities for citizens to weigh in and provide feedback – meaning that everyone has a chance to influence the lawmaking process. So next time you hear about a bill that’s up for debate, make sure to have your say – because you never know when your input could make all the difference.

In the event of a conflict between a law and a regulation, the law takes precedence. This is because regulations are created by executive branch agencies, while laws are made by Congress. Regulations can be changed or revoked by the agency that created them, but laws can only be changed or repealed by an act of Congress. In the event of a conflict between two different regulations, the regulation that was enacted more recently takes precedence. This is because agencies are required to consider whether an existing regulation conflicts with a new regulation before enacting it. If two regulations do conflict, the newer one is typically amended or rescinded.

A good example of a law vs regulation conflict would be a law that states cars must have a certain safety feature, while a regulation allows for cars without the safety feature to still be driven on the road. This can create confusion for drivers and put them in danger. Another example would be a law that prohibits businesses from operating after a certain time, while a regulation allows restaurants to stay open until midnight. This can create chaos for businesses and inconvenience for customers.

Anyone who’s ever tried to start a business knows that there’s no shortage of regulations to comply with. Everything from zoning laws to building codes to health and safety standards must be met before you can even open your doors for business. And that’s just the tip of the iceberg – once you’re up and running, you’ll have to deal with a whole new set of rules and regulations. The impact of all these regulations can be significant – both for businesses and individuals. Compliance costs money, and it can also limit your ability to innovate or take risks. What’s more, many regulations are outdated or simply no longer relevant. As a result, there’s a growing movement to repeal or reform existing regulations. In some cases, this can be done through the political process. In others, it may require working with the relevant regulatory agency. But however it’s done, it’s clear that changing or repealing existing regulations can have a profound impact on businesses and individuals – for better or for worse.

There’s no question that we live in a highly regulated society. Just try to get through a day without encountering some sort of regulation – from the time you wake up and brush your teeth, to the time you get in your car and buckle your seatbelt, to the time you punch in at work and log onto your computer – it seems like there’s a rule for everything. And while some people may complain that there are too many regulations, the truth is that many of these regulations are essential for our safety and well-being. Seatbelts save lives, workplace safety rules prevent injuries, and food safety regulations help to protect us from harmful bacteria. So while it may be frustrating to have to follow so many rules, it’s important to remember that many of these regulations are in place for a good reason.

There’s an old saying that goes, ” everything in moderation.” And when it comes to regulations, that statement couldn’t be more true. Too many regulations can stifle creativity and innovation, suffocate businesses small and large, and make everyday life a hassle. But on the other side of the coin, living in a society with no regulations whatsoever would be downright chaotic. Can you imagine a world where there are no traffic laws, no building codes, and no safety standards? It would be complete chaos! Regulations may not always be popular, but they are necessary in order to maintain some semblance of order in society. So next time you’re complaining about a regulation that’s been put in place, just remember: it could always be worse.

Though it may seem like regulations are nothing but a pain, they actually play an essential role in our society. They help to ensure safety, protect the environment, and promote fairness. Laws can be made at the local, state, or federal level – and you can influence them by contacting your elected officials and letting them know what’s important to you. When there are conflicts between laws or regulations, courts have to step in to figure out how everything should fit together. Regulations can impact businesses and individuals in both positive and negative ways – but if you don’t like a regulation, there’s always the possibility that it could be changed or repealed entirely. So next time you’re feeling overwhelmed by all of the rules and restrictions placed on us by our government, just remember that things could be worse – we could live in a country with no laws or regulations at all! Thanks for reading – if you enjoyed this article, be sure to check out our other articles where we explain the major differences. If you’re like most people, you probably spend a good chunk of your time on the… What do you think of when you hear the word socialism? For many people, socialism is… 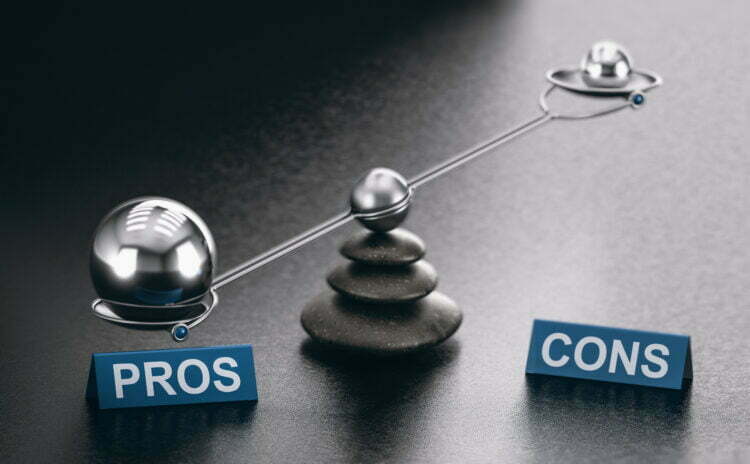 Amazon has been a global brand for over 20 years. Recently, they have faced many problems… In America, we pride ourselves on being a nation of laws. But what happens when the…